This is an urban squirrel that eats urban food…Do YOU?

Here is another question…What does your poop have to do with health? I hope you think that it has nearly EVERYTHING to do with health. How often, how much, the colour, the smell…everything that comes out of your body was a direct reflection of what went into your body hours before. So, as a nutritionist, I take it one step further and encourage people to be conscious of what they eat, and to understand that the healthier they can make what goes in, the healthier on the way through and the healthier on the way out.  But what does “healthy” mean? It is a cute word…but let’s see one example of what it really means…

Nearly every condition that develops in the body that people view as “disease” can be traced back to inflammation in the body that was over looked or ignored in some way, and got worse, more severe, and becomes the “disease”. In the case of the large intestine, one such “disease” is called diverticulitis. First, let’s go over what the large intestine does…it is the part of the digestive system in the lower abdomen that receives food from the small intestine, which received food from the stomach. So, we are talking about an area of the body that will see what you have eaten about 8-10 hours after you swallow. During that time, food is mixed with digestive chemicals and broken down into the very building blocks so that all along the intestine, these microscopic building blocks of food can be absorbed into your blood and built into your body. So, what is left by the time food reaches the large intestine? It has been in your body for around 1/2 a day, slowly moving its way down.

Do you think that the large intestine needs nourishment too?

Do you think that eating nutrient rich foods are better or worse for the health of the large intestine? 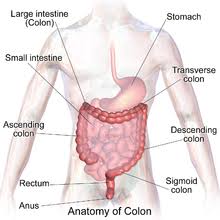 The second problem of why disease forms in the large intestine is to do with the fact that it has been designed to accommodate lots of dietary fiber, and our current diets just don’t work in this system. You can see that it has pouches, or flexible pockets of tissue that allow it to accommodate a lot of material and store it until it is convenient to go to the washroom. These same flexible pockets can actually trap matter within them. Imagine trying to squeeze toothpaste thru a tube that isn’t smooth, but has flexible pockets in it. That would be a challenge. But, if your toothpaste tube naturally has pockets in it, would it be better to try to squeeze through a sticky, slimy substance like toothpaste or jello, or a bulkier substance like chunky peanut butter? If our intestines were smooth like a toothpaste tube, then smooth paste would work well. But they aren’t…so what should we eat for the system we are given?

Of course, it would be easier to squeeze a substance like chunky peanut butter through because the chunks grip onto the smoother parts of the material and give it traction. So, it goes with the intestine, and how it gets diseased. If people don’t eat high fiber foods like vegetables, fruits, nuts and seeds, then by the time the food gets to the large intestine, it is slimy, sticky and hard to move. Our systems weren’t designed for processed, white, low fiber foods. Marble sized or bigger balls of slimey paste are actually stuck in there! Now what do you think would happen if slimey balls of fecal matter hung out in a dark pouch for a while…like months or years? Do you think it would attract pathogens like bacteria, parasites, viruses and yeast? Do you think having a pathogenic pocket of slime in your body is the way to health?

This is the mechanism of intestinal infection which leads to diverticulitis. It is painless at the start, and each year in the USA, 312 000 people,that is more than the entire population of Saskatoon, Saskatchewan,  are admitted to hospital accounting for 1.5 million hospital days each year, and $2.6 billion dollars spent. That is approximately 37 times Beyonce’s yearly salary of 56 million dollars! This isn’t money spent on prevention or education, this is money spent on trying to fix a lifetime, or at least a long time, of having slimy, infected fecal matter in someone’s body. By this time there is pain, inflammation and likely surgery, antibiotics and other meds to manage the swelling. 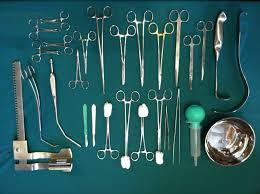 Slimy, infected fecal matter that gets inflamed will leak into the body. Even a pinhole sized puncture in the pouch resulting in a microscopic amount of stuff getting into the blood stream will cause septicemia and sometimes death. The solution once it has gone that far is to remove the infected length of intestine. So, if you remove a part of the body that is responsible for absorbing nutrients, how well do you think you will do, nutritionally after that? Will it be easier or harder for your body to get nourishment? More difficult, right? So, how many people, after surgery, adopt a super high nutrient diet to compensate for the lack of absorptive surface? I am not sure of the answer, but I think it is pretty low.

As a nutritionist, I can help in so many ways. I can help people identify inflammatory stressors for you that might be causing silent problems for your intestine. Next, I can show you how to adopt a high nutrient diet, that actually leaves nutrients for the large intestine, ensuring that all along the way, the tissues are nourished and healthy. I can also offer you the way to have a diet high in anti-inflammatory FOODS, high fiber and high nutritional value. I also educate people to understand that their body is a living system, capable of healing, desiring healing. It is able to heal in the beginning stages of disease, when you don’t necessarily know you have disease, when there isn’t necessarily pain, fever, and raging inflammation. Once the inflammation is advanced, involving multiple organ systems, do you think it is easier or harder to heal compared to when the inflammation is localized to one organ system? 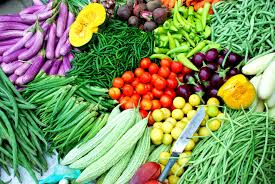 Let me help you deal with things while they are manageable. 50% if people over the age of 60 yrs who eat a “western diet” have diverticulitis. This is a condition that is unheard of in populations where people eat higher fiber diets and exercise regularly. It doesn’t happen overnight. It doesn’t have to happen at all.